As people around the country push for legislation and company policy that would make Juneteenth a national holiday, many companies have looked to artists to celebrate the day in their own fashion. Juneteenth is the oldest nationally celebrated commemoration of the ending of slavery in the United States.  Dating back to 1865, it was on June 19 that the Union soldiers, landed at Galveston, Texas with news that the war had ended and that the enslaved were now free. Last week, for Juneteenth 2020, Twitter Blackbirds, an official account of the larger Twitter company,  commissioned third year Printmaker, Jamaal Barber to create an original work of art that is now their profile cover image.  Twitter Blackbirds asked several Black artists to help visualize what #BlackJoy looks like and Jamaal's was a favorite. To visit the post, visit https://twitter.com/TwitterTogether. 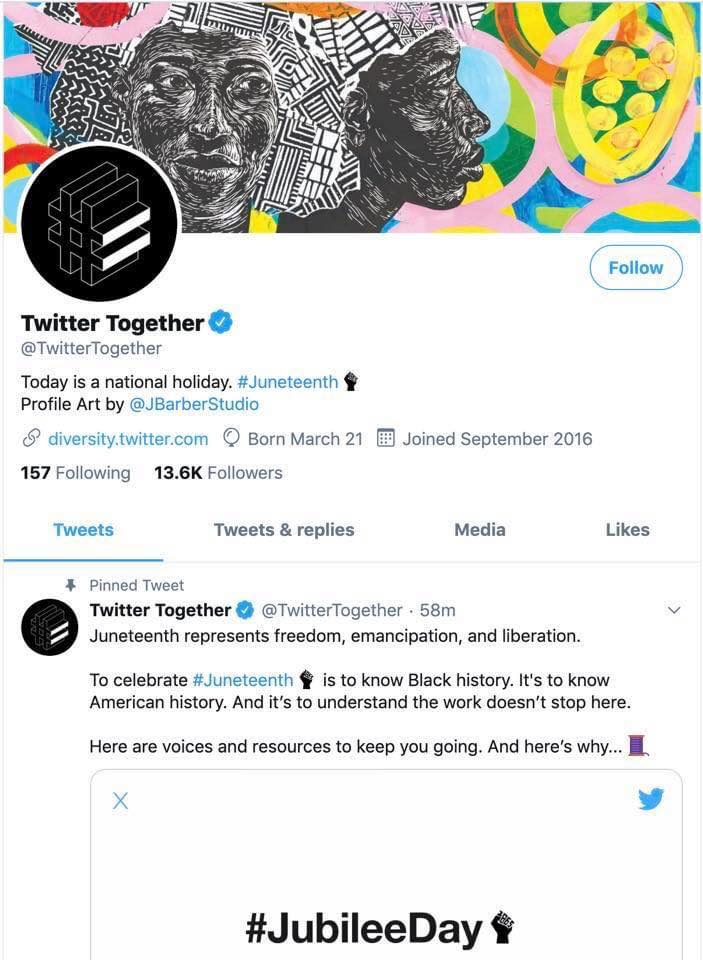 My art makes social commentary about black life and black identity. I explore all aspects of black life in America from the nostalgic reverence of small town, southern life to the societal forces that shape modern urban life across the country. My work features black figures as the main characters in the narratives.  Kerry James Marshall often talks about there being a power in seeing the black figure as stars where they are not often seen.  Figures in my art are carved and printed in relief with added layers of texture by screen printing patterns and colors to support the narratives. My aim is to create a new kind of propaganda to spread messages that speak to all aspects of black life.