Artists of every level—emerging, late career, successful, or struggling—are unremittingly in search of funding. This hustle for support, via grants, purchases, commissions, and fellowships, are a part of the contemporary art game, one that isn’t easy, is sometimes political, and not always equitable. The competition for financial backing is unrelenting in normal economic conditions, and this year has been anything but normal. Enter Photography M.F.A.Talecia Tucker.

Like many of us, Tucker has witnessed the country suffer through the various stages of the coronavirus devastation. Artists aren’t the only ones looking for extra support and viable wages right now, most of the country is feeling a degree of financial exhaustion. Many art organizations, non-profits, and museums who support artists are also worried what their futures hold. The global health crisis was just the first wave of hardship to hit the art world and the country as a whole. Decades of frustration against systematic injustice and racism have risen to the public consciousness again, visible in public protests and calls for overdue change. Artists, specifically artists of color, have been called upon to speak to and represent trauma through their art in exhausting ways, at a time when they are trying to figure out how to pay next month’s rent in this economy.

Tucker, who herself had been applying to many grants with no return, took a look at her depleted community. She felt the systemic inequity in the art world, competition for funding, and the desire to support fellow Black artists in our climate. Harnessing the tools of online grassroots funding, she founded the Black Creatives Community Fund (BCCF) to support Black artists and “address the disparities that exist in the art world.” She launched a gofundme, and it spread quickly across social platforms, reshared by members of the community looking for ways to mobilize their followers and redirect support. 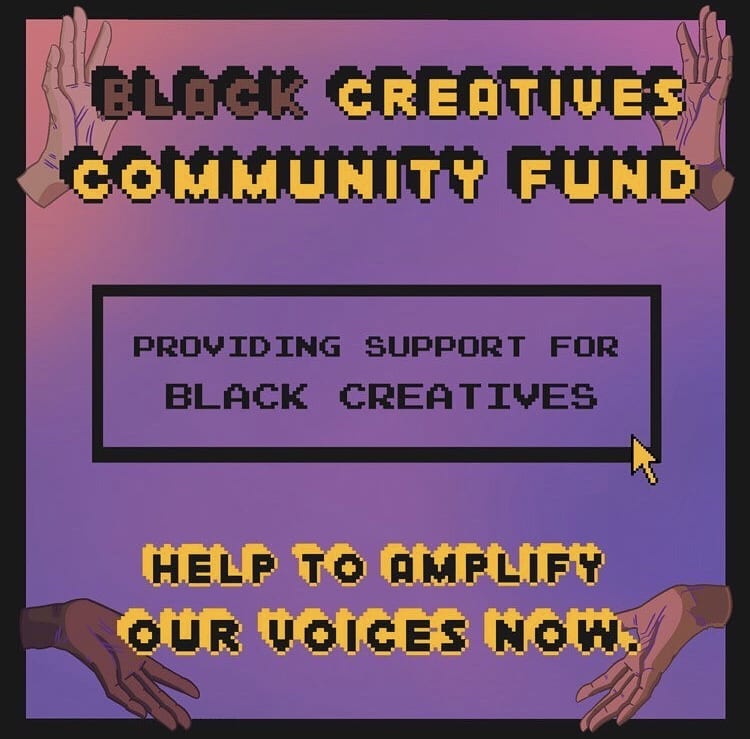 On the BCCF platform, Tucker acknowledges the expectations and heavy burdens placed on artists in difficult times. Tucker writes, “Art has historically played a crucial role in many liberation movements. Artists are putting themselves at risk to photograph the movement, creating social media content to combat racism, and creating works to inspire impactful change in these uncertain times.” As artists support equality and progress within their communities, so too did Tucker want to support these artists in her Atlanta community. Being the home of many leaders in the fight for civil rights throughout the past century, Atlanta has once again taken a lead in conversations of racial justice in our country. As the largest city in Georgia, a state which has both seen a spike in COVID cases throughout the summer and is the home of the CDC, Atlanta has also been at the center of health debates. The creative community has tremendously felt the impact of both of these national dialogues.

Although Tucker’s background is not in non-profits or fundraising, her work has always been multi-faceted. Shortly after graduating from Clark Atlanta University with a degree in fashion, Tuckery developed Pretty Major, a line of gender non-conforming clothes and accessories, heavily influenced by DIY culture and streetwear. This brand began out of a desire she had early in life to see more clothes available to people whose styles didn’t fall into gendered stereotypes. While overseeing all product development, sales, social media accounts, and publishing, Tucker has expanded Pretty Major to include an offshoot line of zines and curated, experiential events. 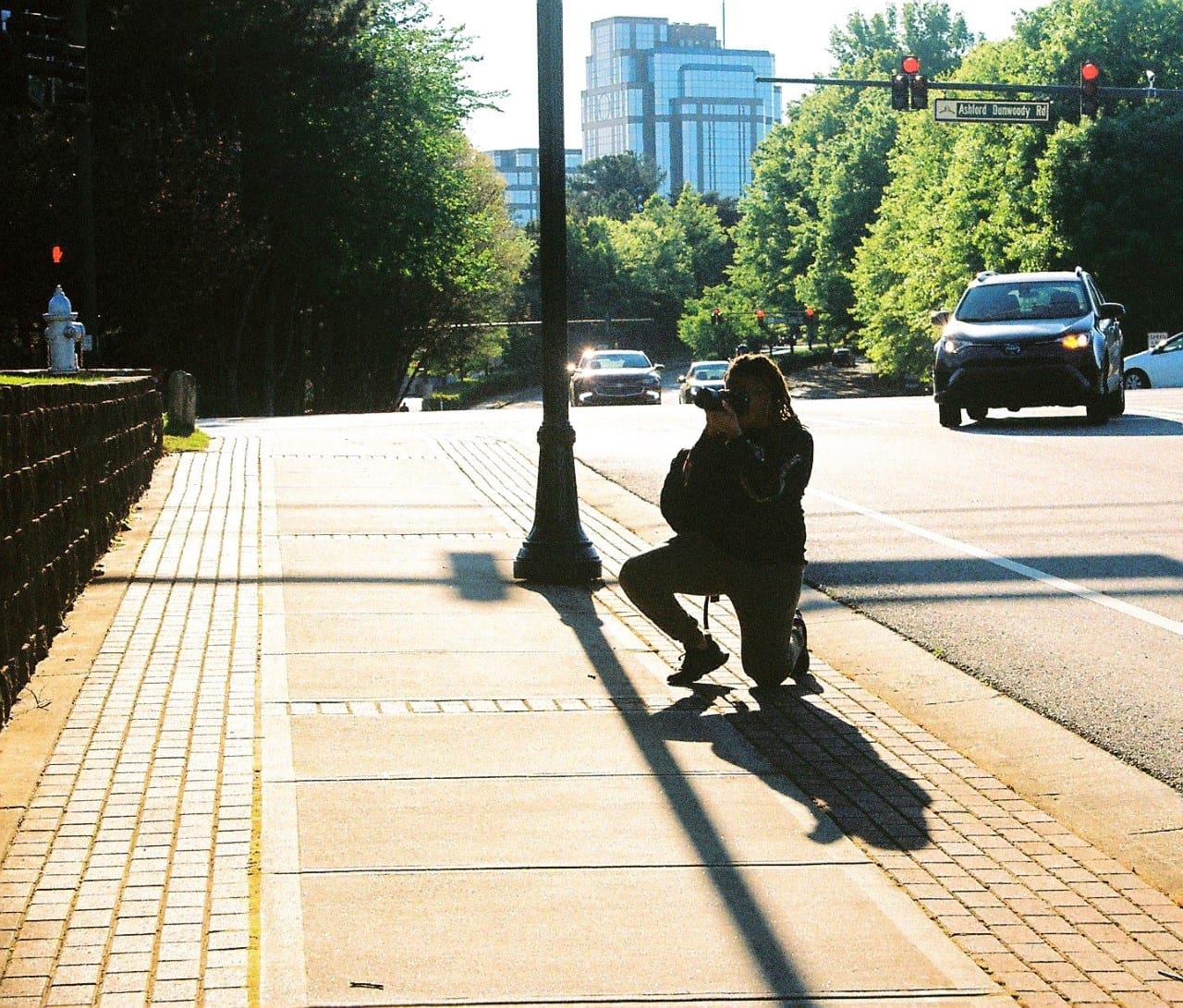 Despite her fashion success, it was Tucker’s practice as a film photographer that led to her recruitment by GSU Photo. Her work is well known for its 90s nostalgic palettes and intimate portraits of friends. Her subjects, empowered by her lens, own their bodies’ spaces, acknowledge the viewer, and honor a silence of assurance and depth. Her artist statement reads, “My photography explores the social and cultural nuances of Black identity in the American South. Informed by historical references, composition, textiles and cultural influences, my work provides insight into experiences that are usually private. It engages themes of familiarity, cultural identity, class, gender, and ethnicity and encapsulates fleeting moments of intimacy through portraiture.” Tucker’s work with the BCCF aligns with her practices in both fashion and photography, because they all boil down to the power of representation. As a self-described empath, this quality manifests itself in all facets of what she does. 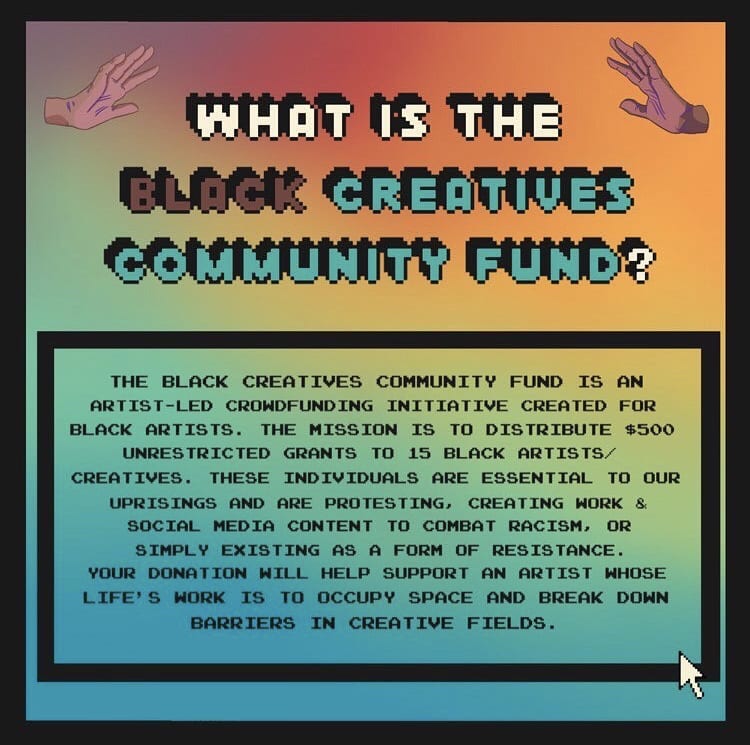 In less than three months, the BCCF raised over $11,000, enough money to provide grants to twenty Black artists, many of whom are connected to the Georgia State community. Talecia promoted the fund by using her network of collaborators, peers, and friends, as well as past experience she garnered marketing her clothing line. Art organizations like Burnaway, Dashboard, and PrintedMatter helped to amplify the message, reaching broader audiences. With continued success, the BCCF recently moved its funding goal to expand its bandwidth of support and plans to announce another batch of recipients, heavily supporting those in Tucker’s hometown. If funds exceed $15,000, Tucker would like to expand into community-oriented projects.

As the nation looks ahead towards months of uncertainty, artists everywhere brace for what is to come. Our climate has made it all the more important to support the people and industries that enrich our communities and encourage progress. In her efforts to support herself during this time of sweeping change, M.F.A. Talecia Tucker used crowdfunding to provide security for the creatives around her too. These creatives represent Atlanta by combating racism, breaking down barriers, and thriving against all odds. 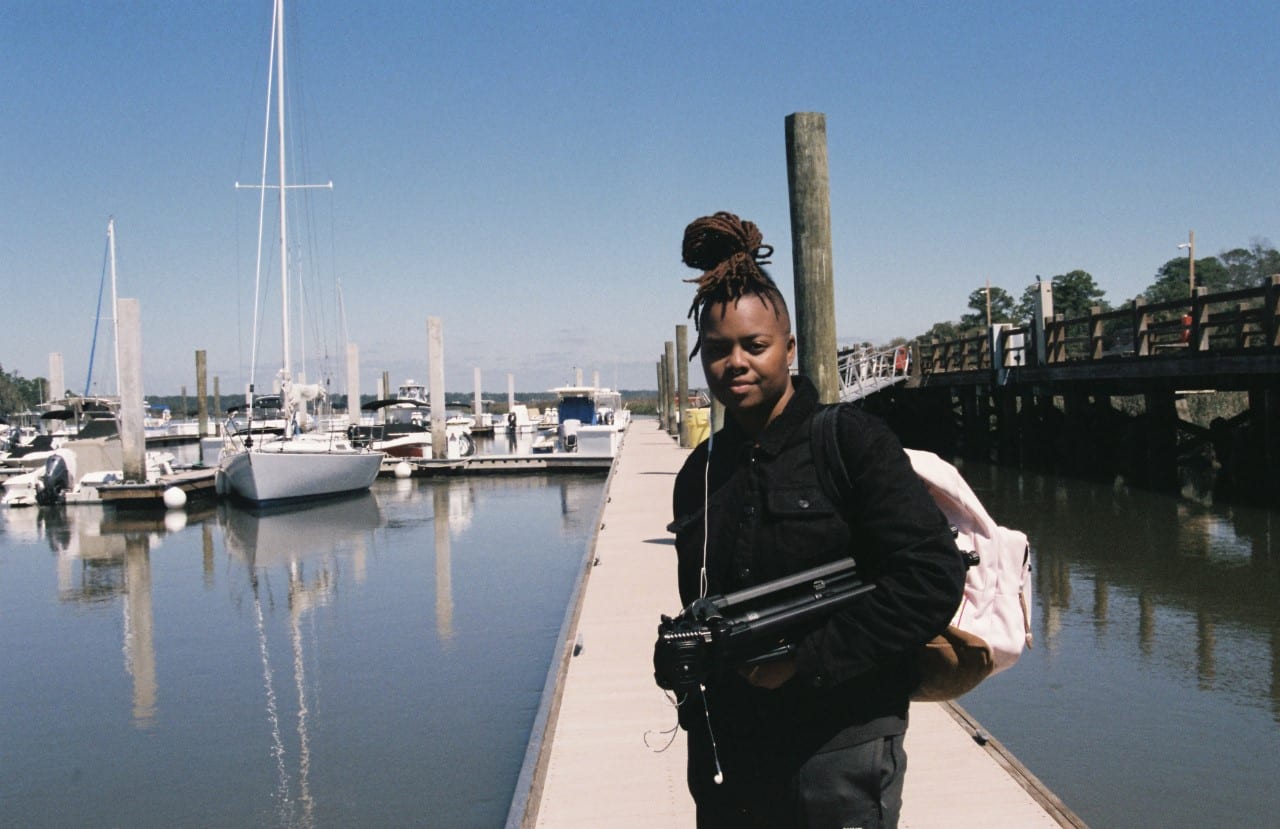 Talecia Tucker is a recent recipient of a BURNAWAY artist grant and was recently featured in a nationally-broadcasted Sprite commercial celebrating Atlanta’s BIPOC creatives. Her work and fashion line can be viewed at prettymajor.net/. To donate to the BCCF, visit www.gofundme.com/f/blackcreativescommunityfund