Stephanie Kolpy is currently a Lecturer of Art in the focused areas of Drawing, Painting, Printmaking, New Media and Foundations at the Ernest G. Welch School of Art, Georgia State University. Kolpy continues to participate in and curate many group and solo exhibitions based on political themes in Atlanta, GA, such as her curatorial project in 2017, Sue Coe’s: The Animals’ Vegan Manifesto. Kolpy has participated in over 100 group and juried exhibitions and she has had 4 solo exhibitions since 2010. Since 2003, Stephanie has received 22 Grants, awards and scholarships based on portfolio. In 2011 Stephanie Kolpy’s work was included in the international publication “NOPLACENESS: Art in a Post-Urban Landscape” a book highlighting southern artist with political themes. 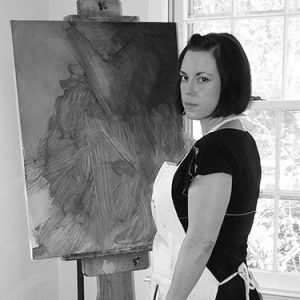