The Ernest G. Welch School of Art & Design at Georgia State University is pleased to announce the Welch Visiting Artist and Scholar Lecture Series for the 2019/20 academic year. The program provides access to a diverse mix of renowned artists and scholars who encourage artistic discourse, lead workshops, and engage graduate in studio critiques. The lectures spark fresh perspectives and insight for a greater understanding of contemporary art.

September 19
Lauren Kalman
Lauren Kalman is a visual artist based in Detroit, whose practice is invested in the history of adornment, contemporary craft, video, photography and performance. Through her work she investigates beauty, adornment, body image, and the built environment through performances using female body.

Raised in the Midwest, Kalman completed her MFA in Art and Technology from the Ohio State University and earned a BFA with a focus in Metals from Massachusetts College of Art. She exhibits and lectures internationally and has work in the permanent collections of the Museum of Fine Arts Boston, the Smithsonian Museum of American Art, the Detroit Institute of Art, and the Museum of Arts and Design. She has taught at institutions including Brown University and the Rhode Island School of Design. Currently she is an Associate Professor at Wayne State University. 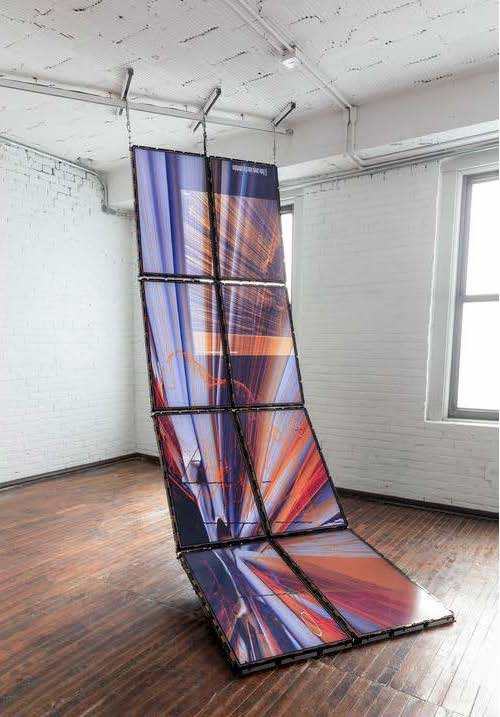 October 7
Christopher Meerdo
Christopher Meerdo is a Chicago based artist who grew up in the Upper Peninsula of Michigan and Lithuania. Meerdo’s work was recently featured in a yearlong solo exhibition at the Mattress Factory Museum of Contemporary Art in Pittsburgh. He was an artist in residence at the SIM Program in Reykjavik, Iceland and attended Skowhegan School of Painting and Sculpture. Meerdo received his MFA in Photography from the University of Illinois at Chicago and currently teaches at the School of the Art Institute of Chicago.

Recent exhibitions include Exgirlfriend (Berlin); The Museum of Contemporary Photography (Chicago); Bureau Europa (Maastricht), Wilfried Lentz (Rotterdam), and The National Gallery of Kosovo (Pristina). He is represented by Document Gallery in Chicago. Meerdo is a current fellow the Jan Van Eyck Academie in Maastricht, Netherlands for the 2018–19 program.

David Gussak, PhD, ATR-BC, is an art therapist and Professor of Art Therapy in The Florida State University’s Department of Art Education, recently serving as the department chairperson from 2013–18. Prior to his teaching for The Florida State University, Dr. Gussak was the director of the Graduate Art Therapy Program in the Department of Psychology and Special Education at Emporia State University in Kansas. Dr. Gussak has presented extensively internationally, nationally and regionally on art therapy in forensic settings, working with aggressive and violent clients, the work of the art therapist, and various governmental and legislative issues facing the field. 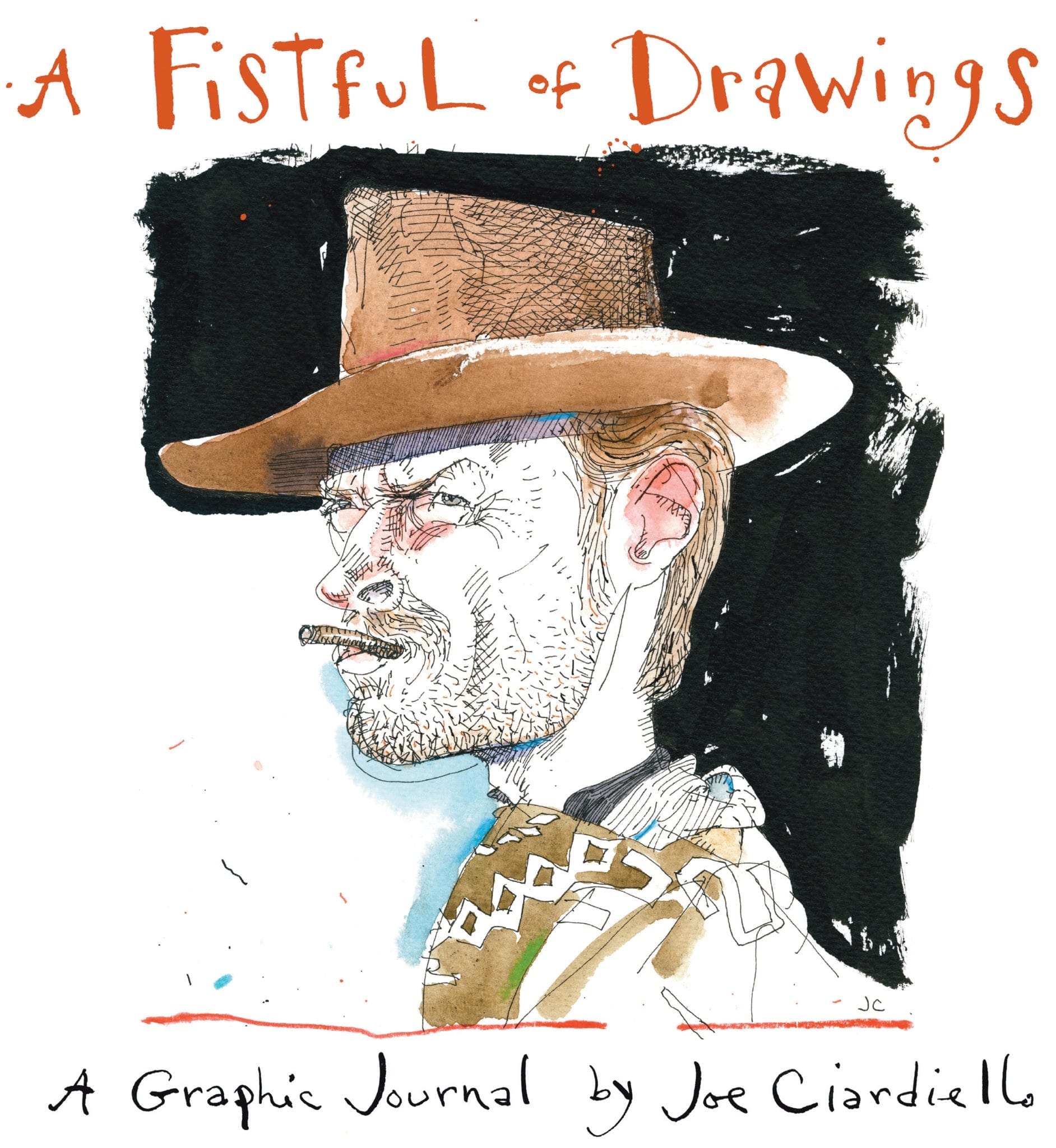 October 17
Joe Ciardiello
A freelance illustrator since 1974, Joe Ciardiello has worked for most major magazines and newspapers as well as for corporate and advertising clients, book publishers and record companies. Clients have included American Express, Barnes & Noble, Capitol Records, Entertainment Weekly, The Nation, The New Yorker, The Rock & Roll Hall of Fame and Rolling Stone.

In addition, Joe has created many portraits for the New York Times Book Review. Among his awards is the prestigious Hamilton King award from the Society of Illustrators. His latest book, A FISTFUL OF DRAWINGS, was published by Fantagraphics in 2019.

October 22
Charlotte Cotton
Curator Charlotte Cotton will discuss the climate of contemporary photographic practice—both reasons to be optimistic about the state of artist-led photographic ideas, and the factors that militate against it. Cotton will address themes through her recent curatorial projects and publications, including her 2015 survey of Postinternet photography, Photography Is Magic; Public, Private, Secret: On Photography and the Configuration of Self (2018); and her current rewriting of the influential text book The Photograph as Contemporary Art.

November 7
Liz Ogbu
A designer, urbanist, and social innovator, Liz is an expert on sustainable design and spatial innovation in challenged urban environments globally. She is founder and principal of Studio O, a multidisciplinary innovation practice that works within communities in need globally to use the power design to catalyze sustained social impact.

January 31
Josh Dorman, Higher Ground
Painter Josh Dorman’s use of historical signifiers make visible the timeline of human progress, while speaking to the dire implications of our technological achievements, and so-called dominion over the natural world. Dorman’s current work continues to suggest a prophetic narrative playing out on a metaphorical stage, revealing tension between evolutionary timelines, both human and ecological. He references the alteration of the natural world, pointing to the devastating result of climate change and the disappearance of species, but through a veil of otherwise innocuous if not highly celebrated expressions of human ingenuity.

Josh Dorman was born in Baltimore, Maryland in 1966. He lives and works in New York City and in the Catskill Mountains. He received a BA from Skidmore College, Saratoga Springs, NY, and an MFA from Queens College, Flushing, NY. His work is represented by Ryan Lee Gallery in New York City, Koplin Del Rio in Seattle, and John Martin Gallery in London. His shows have been reviewed in ArtNews, Art in America, LA Times, BOMB Magazine, The Paris Review, Modern Painters, ArtForum, and The New Yorker, and has been the subject of essays by acclaimed authors Paul Auster, Nam Le and Michael Chabon.

Combining his education in human services and art, Zora’s work explores the intersections of photography and social constructs. His work has been exhibited nationally, internationally, and featured online including Aperture Magazine, The New Yorker, VICE Magazine, The British Journal of Photography, and The New York Times. Zora’s first monograph, Corrections, was published by Aint-Bad Editions in 2015 and his second monograph, LOST, Omaha, was published by Kris Graves Projects in 2018. Zora is also a Co- Curator of Strange Fire Collective with Jess T. Dugan, Rafael Soldi, and Hamidah Glasgow.